Nilanjana Sudeshna “Jhumpa” Lahiri was born in London, the daughter of Indian emigrants from the state of West Bengal. She is an Indian American author. She grew up in Kingston, Rhode Island, where her father Amar Lahiri works as a librarian at the University of Rhode Island he is the basis for the protagonist in “The Third and Final Continent,” .

Lahiri’s debut short story collection Interpreter of Maladies (1999) won the 2000 Pulitzer Prize for Fiction, and her first novel, The Namesake (2003), was adapted into the popular film of the same name. She was born Nilanjana Sudeshna but goes by her nickname (or in Bengali, her “Daak naam”) Jhumpa. Lahiri is a member of the President’s Committee on the Arts and Humanities, appointed by U.S. President Barack Obama.Her book The Lowland, published in 2013, was a nominee for the Man Booker Prize and the National Book Award for Fiction.

Lahiri graduated from South Kingstown High School and received her B.A. in English literature from Barnard College in 1989.

Lahiri then received multiple degrees from Boston University: an M.A. in English, an M.F.A. in Creative Writing, an M.A. in Comparative Literature, and a Ph.D. in Renaissance Studies. Lahiri has taught creative writing at Boston University and the Rhode Island School of Design.

In 2001, Lahiri married Alberto Vourvoulias-Bush, a journalist who was then deputy editor of TIME Latin America. Lahiri lives in Rome, Italy with her husband and their two children, Octavio and Noor. She is currently a faculty in Princeton University as professor of creative writing in the Lewis Center for the Arts.

I have read both of her novels so far and I must say I am already her admirer.

Here are three of my favorite quotes from her. 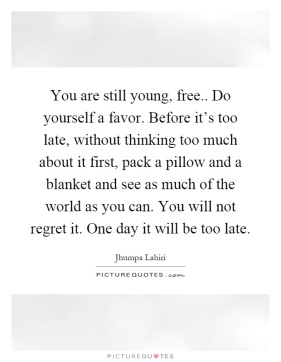 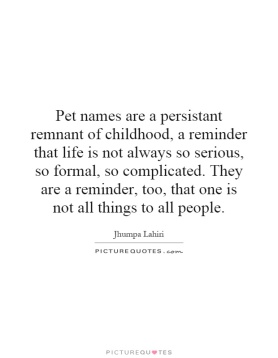